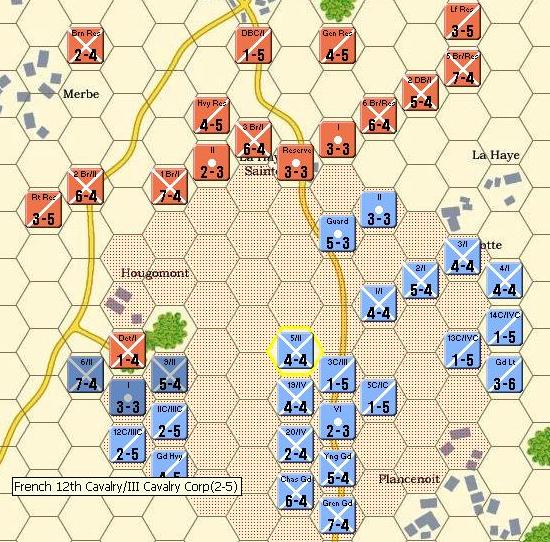 When I was growing up, access to games was limited. My family had the standard assortment of board games, your Monopoly, your Risk, your Life. However, I remember walking through our local Yard Birds one day, and sitting at the bottom of a bookshelf, hidden in a corner, was a copy of Eric Lee Smith’s Civil War. To a nine-year-old, it was like an artifact from another planet. Two huge hex-covered maps covering the southern US? Hundreds and hundreds of counters, representing everything from Supply Depots to Grant and Lee (not to mention turkeys like Halleck and Burnsides)? An immense, detailed 60-page rulebook?

Of course, I never was able to finish a game of it, but I enjoyed working my way through the game mechanics. Throughout my childhood, wargames held a place of fascination for me – a very important, if largely theoretical, hobby. Wargames shops were hard to come by, so my collection ended up fairly random. My favorites tended to be simpler games that I can barely even recall how I first found them, ones like Raphia, Blackbeard, and Belter. The latter even inspired my gaming friends to develop our own spreadsheets and macros to help us manage the economic data – it was a tycoon game before its time.

It’s hard to say what effect wargames had on me. The ratio of time spent reading rules/collecting games compared with time spent actually playing them was pretty lopsided in favor of the former. No matter how many times my friend Eric and I failed to make it through a game of Third Reich, I always considered myself a wargamer. All the time spent learning rule sets left its mark on me. Wargames were an attempt to simulate combat before computers were capable of managing these mechanics for us, so I believe that my first “gameplay programming” experience came from trying to fit all these rules into my head as a cohesive whole.

Today, of course, things are much different. Computerized strategy games have grown increasingly popular over the years, taking a huge bite out of the old bookcase wargaming industry. Nonetheless, the old games soldier on in relative obscurity. Eric discovered an interesting site called HexWar, which enables online play of a good chunk of the classic SPI wargame catalog. Their system for managing games between players is pretty slick for such a small outfit, obviously a labor of love.

Fortunately, most of these games on HexWar are fairly reasonable in scope (we’re not talking about SPI’s notorious monster games here), usually focusing on single battles and sharing a common rules base. More importantly, I am surprised at how fun these games still are! Playing against a real human with the computer handling the details is a real blast. I can’t believe how long I have spent fixating on exactly how I should arrange my front lines or how best to apply overwhelming force to an enemy position.

What impresses me the most about these old games is that they are actually quite simple; I am shocked to realize that “simpler” modern strategy games like Advance Wars are actually significantly more complex than the old hex-and-counters games featured on HexWar. Because the mechanics were built for humans to process, they have a clarity missing from today’s strategy games. Napoleon at Waterloo (the free game) has very little special casing, for example. Cavalry and infantry don’t even have special rules separating them; they are differentiated simply via higher or lower combat/movement values! I can also do the “chunky” math easily in my head – “okay, so I need to get the combat ratio to 12-4 to cross the 3-to-1 threshold.”

With the introduction of computing power, designers are often tempted to obscure game rules under the hood, so keeping wargames this simple is a bit of a lost art. In fact, their minimalism almost reminds me of Go. I’m not sure if these games could ever mean something to gamers who didn’t grow up in that by-gone era, but there are some remarkably elegant and beautiful designs here which have been left behind, hidden away over the years.

Further, Hexwar proves once again the appeal of asynchronous, turn-based play (which is supposed to be all the rage nowadays). Play-by-Email games never really took off, not because of the asychronous nature, but because transferring the save file by hand was such a pain. Hexwar’s system manages everything for you nicely with a downloadable client, but I would love to see a web-native version built using responsive AJAX techniques.

Unfortunately, their business model leaves something to be desired. Subscriptions cost a steep $14/month, and both players need to subscribe to be able to play the games. Only one free game is available. The system is just not built to spread virally as convincing one’s friends to jump in for a subscription is no easy task. If they dropped their price to $5/month and adopted a pay-to-host model, I wouldn’t be surprised if their business went up significantly.

Nonetheless, I am very happy to see the torch being carried for these old, classic SPI games. Aspiring designers could learn a great deal poking around in this hidden corner of the gaming world.

17 thoughts on “A Love That Dare Not Speak Its Name”